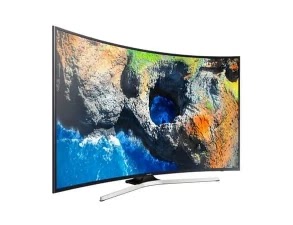 March 28, 2021
Todayselection.com - The existence of tube TV has indeed been eliminated with the emergence of LED TV. The reason is, many consumers feel that the LED TV design looks more modern. Not only that, but LED TV is also considered able to save space, because the body of this television is quite slim and not too thick. By using an LED TV, you will feel like watching your favorite television show through a thin frame.

The best LED TV brand that ranks first is Samsung. Yes, this Korean brand is currently dominating the smartphone and electronics market in the world. Although currently Samsung is more focused on producing Smart TVs, this brand has also initiated several high-quality LED TV series.

Recently Samsung introduced the QLED Curved TV, where the screen is no longer flat but concave. This concave screen allows us to see the image in a fuller and more realistic way. Samsung presents a Quantum Dot Display that will spoil the eye with a palette of one billion colors and a Smart Hub that gives access to TV, games, or movie streaming with just one remote control.

Nothing can resist the charm of electronics and gadgets from Sony. The best electronics brand in the world always produces dazzling products. In fact, a unit of LED TV from Sony can be priced at 300 million rupiah. Sony LED TVs have at least HD Ready, Full HD, up to Ultra HD 4K quality.

Sony's X-Reality Pro feature on Sony LED TVs will give you a more realistic picture. Some of these LED TVs from Sony are also classified as Android-based Smart TVs. Even though it hasn't released a Curved Screen, the Sony LED TV still has a very sleek shape and looks cool.

As a world-class well-known electronics brand, Sharp certainly doesn't want to disappoint its customers. Some Sharp LED TVs already carry Quattron Pro technology, which can split 1 pixel into 2 pixels, so that our eyes capture a much brighter 8K resolution. This is because the X8 Master Engine from Sharp produces 8K images.

Sharp also guarantees that the LED TV output has 7 protection protections, including protection from shocks, high temperature, temperatures, and high voltage from the electric current.

If you buy the latest LED TV from Sharp, you will surely know that Sharp's latest television product is equipped with Antenna Booster to provide clearer television broadcasts.

No need to doubt the quality of LG's electronic goods. The reason is, this brand has provided Full HD image quality that looks bright and clear. Not to forget that LG has also added immersive sound from Dolby Atmos which will certainly make the TV viewing experience even more thrilling.

What makes LG worthy of being in the list of the best LED TV brands is its long-lasting quality. Almost all LG LED TVs are also equipped with HDMI and USB ports. In addition, LG also offers the Motion Eco Sensor feature, which can adjust the image speed and screen brightness to make it more energy efficient.

TCL is a consumer electronics brand from China, which is quite popular in United States and Australia. In Australia, TCL products are generally available in two categories, namely televisions and air conditioners. With competitive prices, TCL brand TVs are widely used by some Australian.

TCL Australia offers three types of television, namely Android TV, Smart TV, and regular TV. The screen sizes it offers are available ranging from 24 inches to over 80 inches, with resolutions up to 4K.

Want to buy a quality LED TV at an affordable price? You can make the choice of LED TV output from Toshiba. The reason is, the Toshiba LED TV has been supported by Mobile High-Definition Link (MHL) to connect your smartphone to the television so that the content on the smartphone can be seen in a big way through the TV.

Not only that, this brand also complements its products with Audio Distortion Control to reduce sound distortion in movies that are currently playing on TV.

Another brand that also provides high-quality LED TVs is Panasonic. In this LED TV series, Panasonic offers a variety of advanced features and technologies. Almost all LED TVs from Panasonic are equipped with the Super Bright Panel Plus feature which helps display contrast, so that the image looks brighter and brighter.

So far, Philips is known as a pioneer in the type of LED lighting. However, Philips also produces several other electronic items, such as LED TVs. Although there are not too many TV variants initiated by Philips, the features and specifications of the Philips LED TV are quite charming. Almost all LED TVs from Panasonic are equipped with Digital Crystal Clear technology, which makes viewing images look very natural.

AQUA is an electronics brand from Japan, which was previously named Sanyo. Previously, the United States people were very familiar with the Sanyo brand as a water pump product. But Sanyo is more than that. After being acquired, the name changed to AQUA. Like its predecessor, AQUA is now one of the most popular household electronic equipment brands in the USA.

AQUA produces various household electronic products, such as refrigerators, washing machines and televisions. Television products are available in smart TV and non-smart TV models. Offering quality and advanced features, AQUA TV is quite popular with some in USA.

Founded in 1969, Hisense is one of the world's largest electronics and household appliance companies based in China. Hisense offers a wide range of technology-based products at competitive prices. Some of them include a Smart TV, Smart Phone, Refrigerator, and AC.

For LED TVs, the models offered by Hisense are quite diverse. Available screen sizes, ranging from 30 inches to over 60 inches. The screen resolution also varies, some are HD, Full HD, and some are 4K.

Here are the ten best LED TV brands in todayselection version. This brand currently dominates the electronic market in the world, especially for the LED TV class. Make sure you choose an LED TV from a guaranteed brand and a price that fits your budget. Don't forget to buy a good TV antenna so that the broadcasts you receive are clear.

Get notifications from this blog